I couldn’t take sweaty hair, no more. I went to Pahrump to get my hair chopped off. First I went into Walmart, but their salon was super busy and was told that I would have at least a 90+ minute wait. But I decided to walk over to “Super Cuts” near Albertson’s grocery store to see if they were busy. They had a few customers but it wasn’t as packed as the salon in Walmart. One of our international guys had thought of that idea faster then I did, because he was almost done his haircut when I walked in. 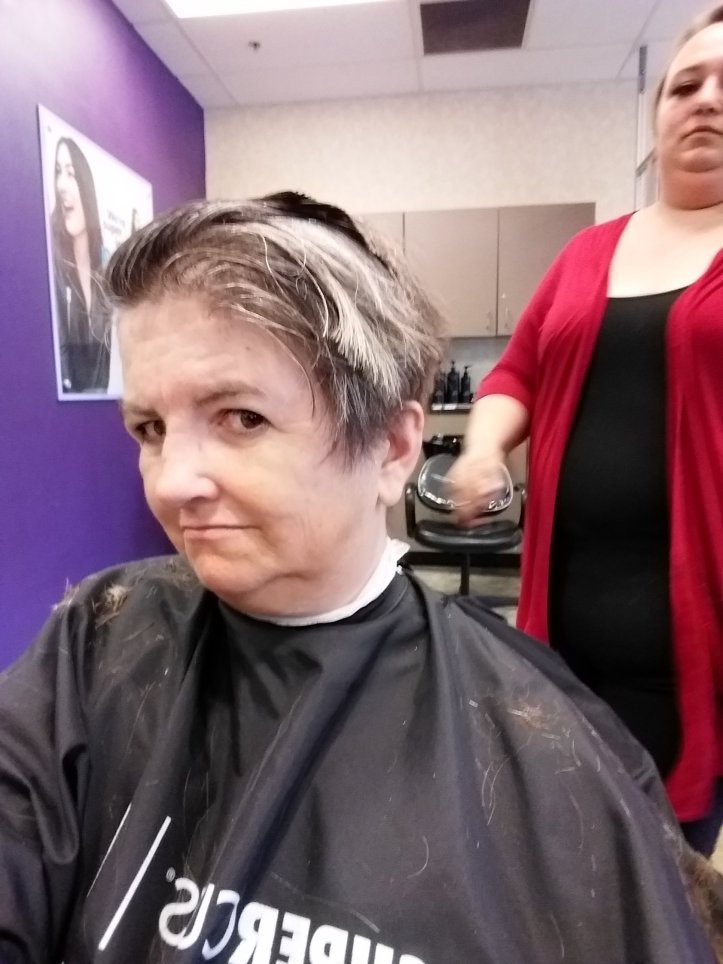 The lady in red behind me kept asking if I was sure when I showed her a picture online to get an idea if what I wanted. I had to keep reassuring her that I could handle a new drastic change. Boy did I leave alot of hair on the salon floor when she was done.

According to my friends car, it was 124 degrees outside today while we rode back home from Pahrump, NV. Before my hair would drive me nuts when it used to get all sweaty and stick to my neck.

I have one new coworker from North Carolina, who asked how I could sweat when there is no humidity. Um, well at 124 degrees…it’s friggin hot! Obviously my coworker doesn’t stand outside to long. My new coworker is 18 and just graduated high school so they think that they know everything. Well hell, I can sweat if its 80 degrees in the shade.

From all the times that I have lived in Arizona, Vegas and Death Valley..I still don’t understand people who tell me “at least you don’t live in humidity”, Um..I grew up in NH and have lived in Tampa Florida and the southeast corner of Georgia. When it’s hot, it is hot. With or without humidity.